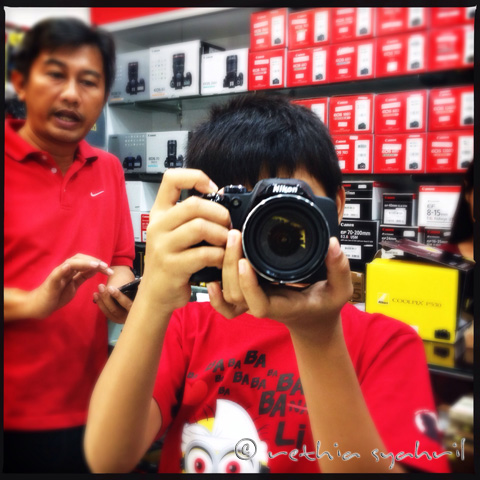 My nephew, Kaysan, loves bird watching. He joined a group that doing Birdwatching every month. He taught to make report for every bird he saw. So he dreamt to have a camera to capture pictures of the birds he sees. His mother allowed him to have a camera of his own, but he had to buy it himself. So he’s starting collecting the money. He sold lots of sausages, chicken patty and other kind of frozen food. He even uses bicycle to go to a homeschooling meeting and badminton practice to get the transport money.

Choosing camera is another problem, but with Wira help, he able to choose the right camera. After lots of review with Wira, Kaysan decided a camera good for taking pictures of birds. The problem is the money not yet enough, but he insists on buying the camera today with all the money he had. Finally his mom gives the solution to add the money so he had enough money to buy a camera.

So here we are, 4 adults taking this boy to buy a camera 🙂 When we came to the first store, the camera he wanted wasn’t available at the moment. But finally he got what he want and now he had a big smile drawn in his face 😀 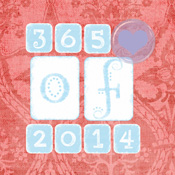