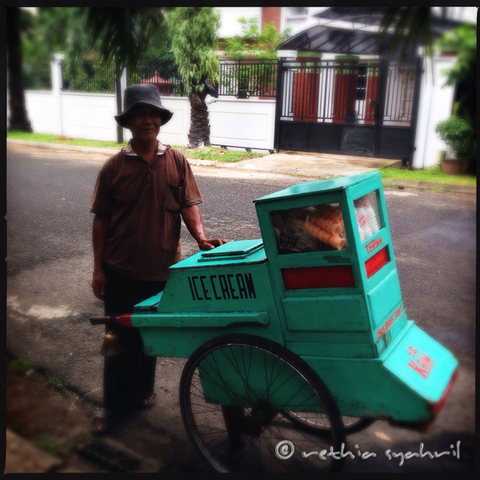 Pak Sumam, 73 y.o. man, is a mobile vendor for homemade ice cream. He sell his ice cream Rp1000 for 1 cone/cup. He made the ice cream the day before he sell it. He is one of our favourite mobile vendor. He is walking everyday from his house about 2-3 km from my house to Kaysan ex-school about 1.5 km from my my house. Plus he sell it around my housing area. He lives alone in this world. He’s wife died a few years ago and he didn’t have any children. He once told us that from selling ice cream he can build a house back home where he came from.

Last month, we were looking for him because Taman Baca Garasi had an event, but it’s been a while since we heard him passes by. We hadn’t heard his cart’s bell until yesterday. We found out he already move to place that closer to the school and it’s been a while since he come around to the housing area. But since the school is out for Eid ul-Fitr, he sell in the housing today. We also get his mobile phone number just in case we are thinking about ordering the ice cream. 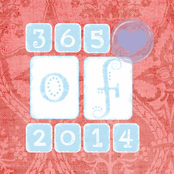