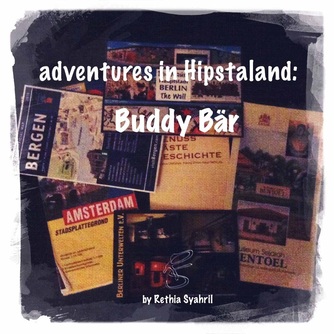 Buddy Bears are series of painted, life-size fiberglass bear sculptures originally developed in Berlin, Germany. The first Buddy Bear was created by the German business people Klaus and Eva Herlitz, in cooperation with the sculptor Roman Strobl in 2001. “Buddy Bear Berlin Show” was the first buddy bear activity on June 2001 at Berlin in front of KaDeWe (Kaufhaus des Westens). Around 350 Buddy Bears appeared in this show. There are four different bear designs (one standing on all four paws, one standing on two legs, one standing on its head and one in a sitting position) took part in this activity. The purposed of the show is to let the people of Berlin and visiting tourist can enjoy the painted bear sculptures. The raised arms of the upright Buddy Bears communicated a friendly attitude and optimism. Thus the bears created a positive atmosphere from day on, which was captured on camera by tourist from all over the world on a daily basis.

Afterwards, many of the bears were sold at auctions in aid of child relief organization. Nowadays, these Berlin Buddy Bears are exclusively presented on private premises, in front of hotels and embassies as well in the foyers of various office building.

There have already been exhibitions of the original Buddy Bears – designed by local artists – in the cities of Shanghai, Buenos Aires, St. Gallen/Switzerland and other places.

Source of information about Buddy Bär can be seen in here and here. Pictures are my private collection. 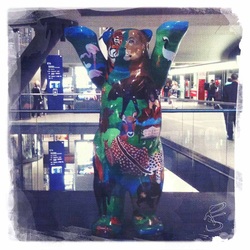 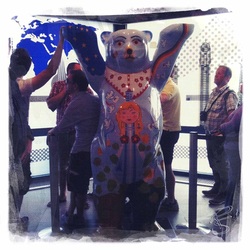 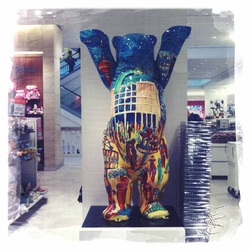 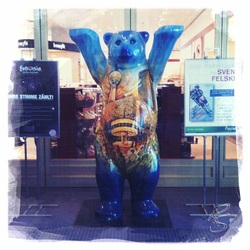 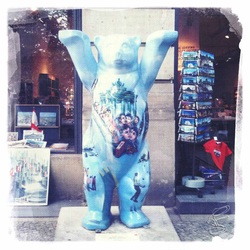 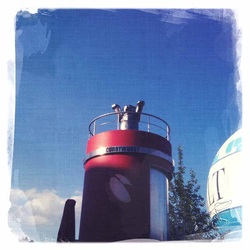 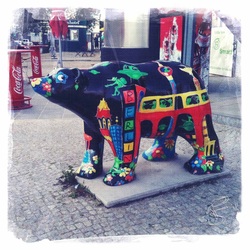 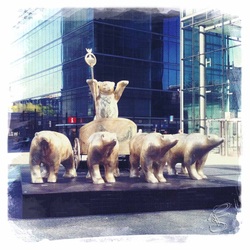 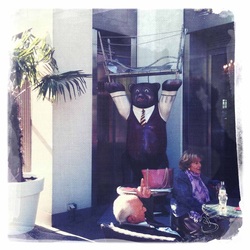 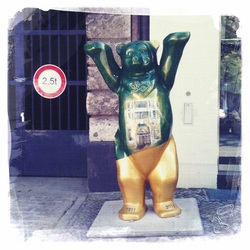 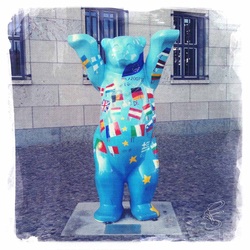 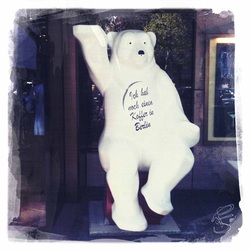 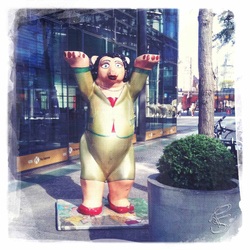 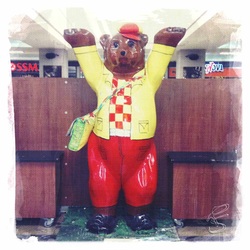 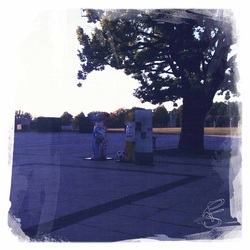 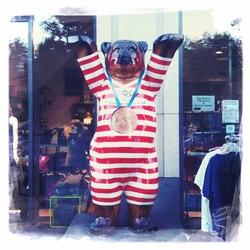 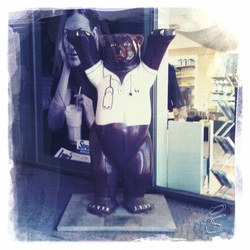 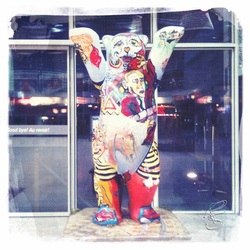 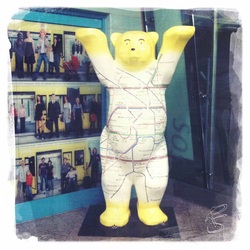 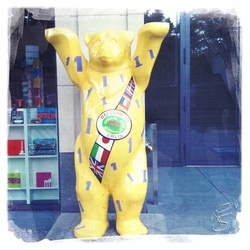 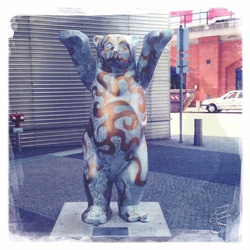 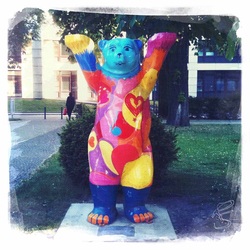 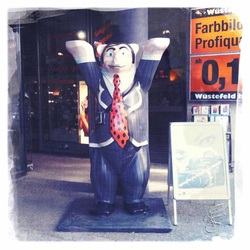