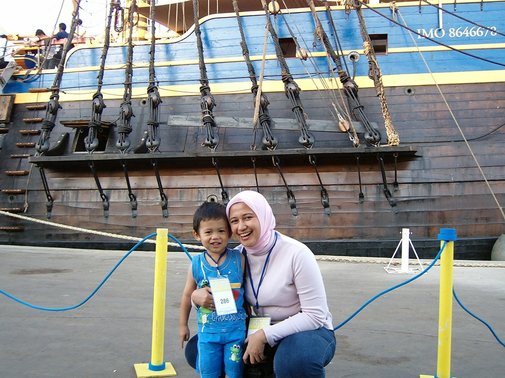 Kaysan & me in front of the Götheborg
This pictures was taken when the ship called East Indiaman Götheborg came to Tanjung Priok Port, Jakarta. My friend, Intan, asked me to go to saw the ship. So…here we are Intan, Yani, Kaysan dan Me got on the board.

The route to China followed approximately the 18th century original route, with the added detour to Australia (although in the 18th century, they usually avoided ports to avoid pirates). The journey home took the shortcut through the Suez Canal while they during the 18th century had to go back around South Africa. 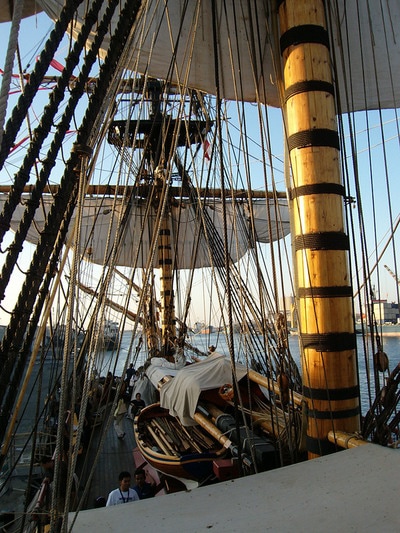 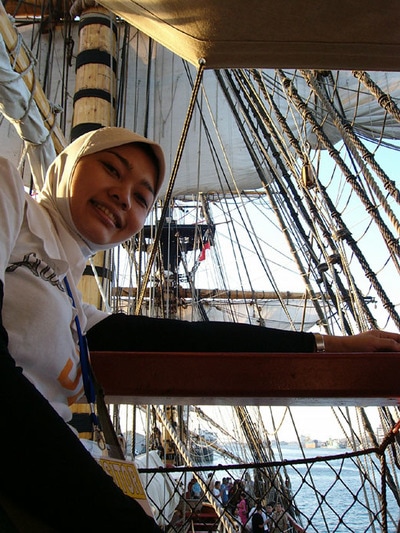 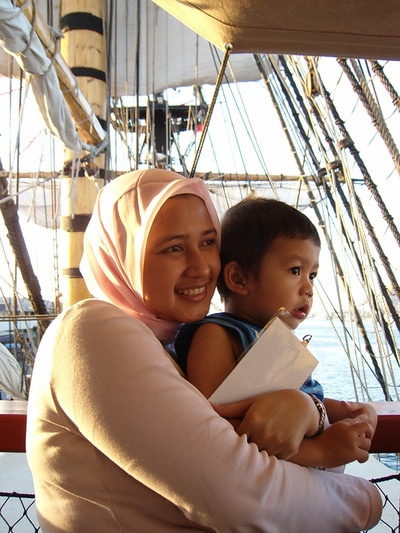 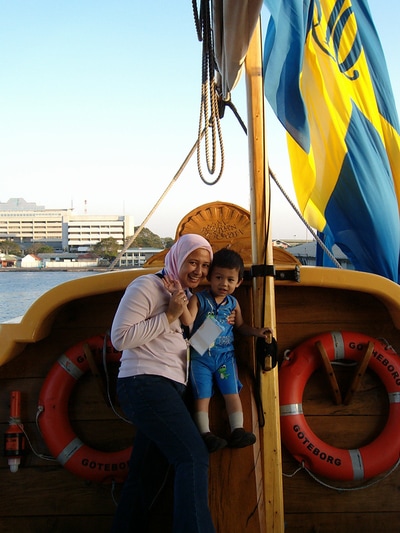 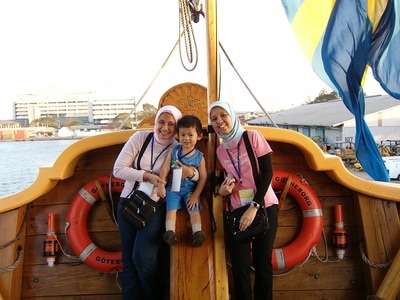 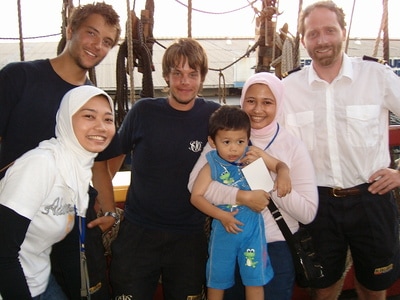 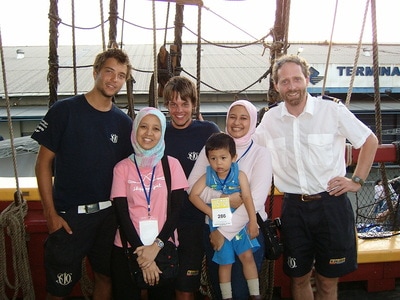 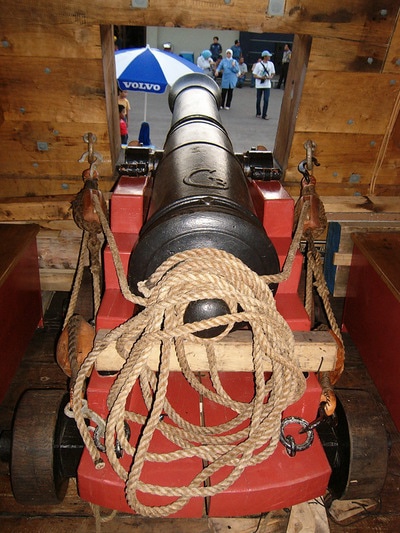 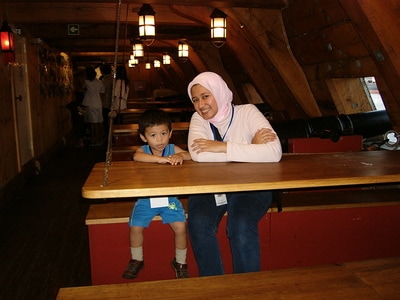 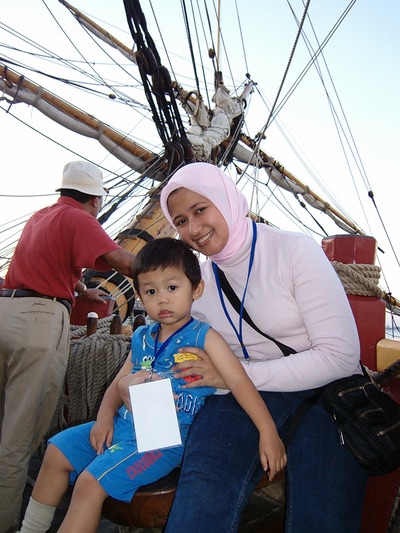 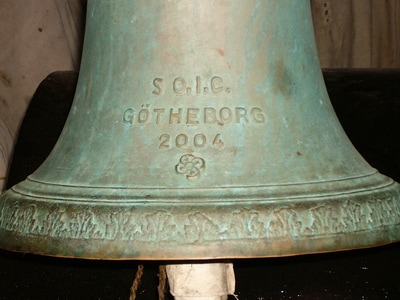 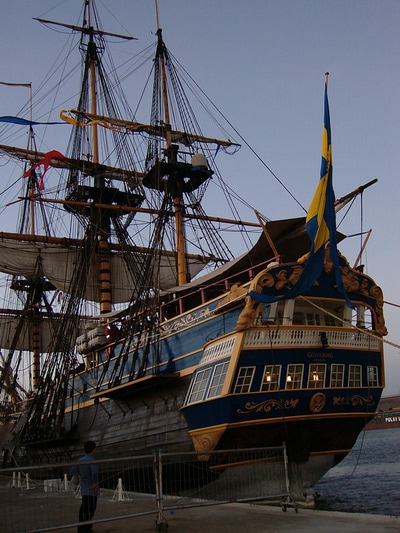 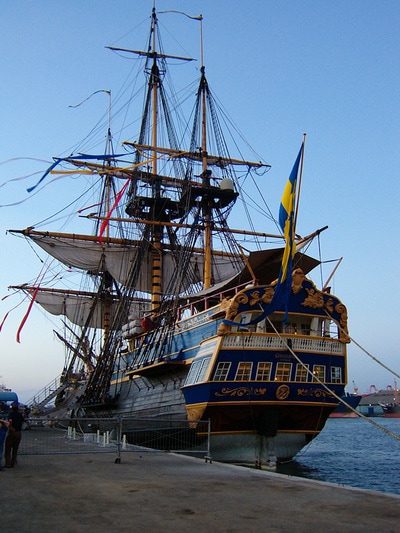 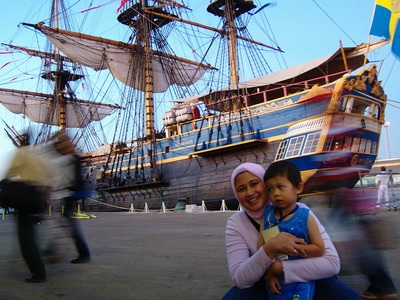 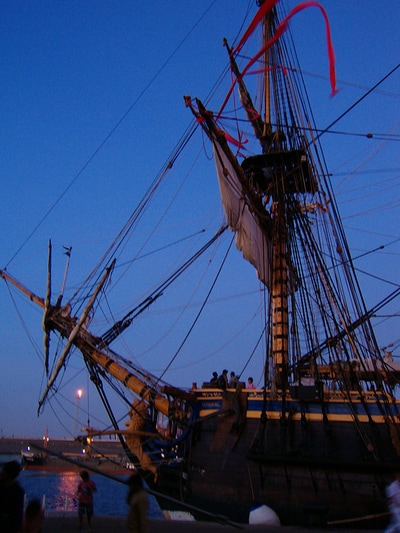